What Happens When You Sleep?

What Happens When You Sleep?

If you’re health-conscious, eat well, and get exercise, you likely know how a lack of sleep can still negatively impact your physical, mental, emotional, and overall health.

This viewpoint is in contrast with the belief in the 1950s that sleep was merely a passive activity where the body essentially powered off. We now know better what happens when you sleep.

During the period of time when you sleep, you brain is quite active. It’s actually engaged in myriad activities that are closely linked to quality of life.

Just Exactly What Happens When You Sleep?

There is a science of sleep.

It addresses distinct sleep cycles, as well as different sorts of sleep you experience within those cycles. It also looks at how all of these cycles and stages of sleep affect different aspects of your health.

We’ll start by looking at the simple 24-hour cycle of sleep.

Most of us are aware that we experience alertness and sleepiness around the same times each day. This is better known as your circadian rhythm and it dictates when you stir in the morning, when you feel awake throughout the day, when you start to experience sleepiness, and when you drop off for the night.

Your circadian rhythm is affected by light. The hypothalamus of the brain contains a cluster of cells known as the suprachiasmatic nucleus. Without getting too scientific, this area processes signals when the eyes are exposed to light. They help the brain recognize whether it’s night or day.

As the sun rises in the morning, the suprachiasmatic nucleus signals the brain to release cortisol to promote alertness. Later, as light disappears at the end of the day, melatonin is released to induce drowsiness.

Furthermore, there is something known as sleep-wake homeostasis that might be linked to adenosine. Adenosine is an organic compound produced in the brain that increases throughout the day as you experience increased sleepiness. The body then breaks it down during sleep.

This is just the tip of the iceberg though because once you actually go to sleep, then things get really interesting.

At one time, scientists believed that REM was the most important sleep phase for learning and memory. More recent data suggests, however, that it is non-REM that’s crucial for these tasks. Non-REM is also considered the more restorative phase of sleep.

The first part of the sleep cycle consists of non-REM sleep and it’s where you spend most of your rest time. It’s composed of three stages.

In the first stage, N1, you’re moving between being awake and falling asleep. It’s that drowsy state where you keep “nodding off” while trying to stay awake. 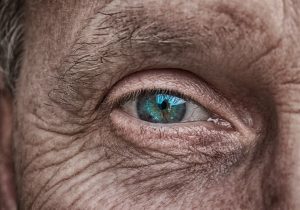 Once you drift into light sleep, you’ve reached the second stage, N2. Your body temperature drops and

your heart rate decreases. It’s your body’s way of preparing for deep sleep. Each time you cycle through the different types of sleep, youspend 10 – 25 minutes in this stage. As such, scientists believe you spend about half a normal night’s sleep at this stage. They also believe it’s when you file away long-term memories.

Once you move into a deep sleep, you’ve arrived at stages three or N3. The brain continues to become less and less responsive and it’s increasingly difficult to wake up.

Deep sleep is important because it’s during this phase that your body works to repair muscle, organs, and other cells. It’s also when immune system strengthening chemicals begin to circulate in your blood and the body works to regulate hormones.

In addition, research shows that a lack of deep sleep can alter the levels of leptin and ghrelin – the hormones that control hunger. This can impact how much you eat and lead to weight gain.

After some time in the deep N3 stage of non-REM sleep, there is a shift in the cycle and you move into REM sleep.

Your brain waves during REM sleep are similar to those during wakefulness. So too are your pulse, blood pressure, breathing, and body temperature – which all rise to daytime levels. Your sympathetic nervous system (the one responsible for your fight or flight responses) is also activated.

Although you do experience dreaming in non-REM sleep, it’s during REM sleep that you experience the majority of your dreaming. Fortunately, the brainstem sends signals to the body to temporarily paralyze it so that you don’t act out your dreams. Scientists theorize that REM sleep serves to clear your brain of information it no longer needs.

This cycle of moving from non-REM sleep to REM sleep repeats itself throughout the sleep cycle. With each cycle, however, you spend less time in the the N3 stage of non-REM sleep, and more time in REM sleep. By the final cycle, you could be in an REM stage for up to thirty minutes.

That’s why so many people remember their dreams right before they wake up in the morning.

Getting Enough Sleep Is Crucial to Your Health

Now that you know what happens when you sleep, it’s obvious that your body needs enough (and the right kind of) sleep to perform at its maximum level.

Having a regular exercise regimen can go the distance toward getting longer and more restful sleep. Especially when it’s exercise that’s performed mindfully and that promotes relaxation.

If you’d like to see how the safe yet energizing movements of Pilates or GYROTONIC® can help you feel better overall, contact us today. We’ll introduce you to these amazing fitness modalities that could just change your life.

Get private and and Individualized Training